Why You Hate Games and What You Can Do About It 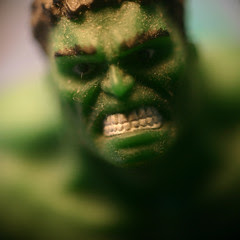 Let's look at these hates, where they come from, and what you can do about them.

This is a function of the games you've grown up with. You may already know that some games are beneficial to improving mental acuity, such as Chess or Go. If you find rolling dice pointless, you may not feel the same about the deep complexity of an abstract game. You may discover that a complex and interesting card game helps you with your language or math skills in a way you never noticed.

There are any number of articles about the benefits of playing games in education, as an elderly, with your children, or simply as a family or community. Time playing games is not wasted time. Great games can help you "accomplish something", but even games that are "only fun" are good for you, and certainly a better use of downtime than watching television, killing endless spaceships by yourself in front of a computer screen, or going out to a bar.

"I Become / My Partner Is Too Competitive"

You don't like what the game does to you or your partner. So you quit playing games. To you I say, "Good for you."

If you're faced with playing a game that is going to inspire over-competitiveness, hurt feelings, or shouting, you should quickly learn Stoicism, bow out, or change the game.

It may be that the types of games you've been playing are simply not the right ones for you. For instance, if you quit playing Bridge and Chess, you may find party games enjoyable without any fear of over-competitiveness rearing its ugly head. If you find games with dice and luck to competitive, maybe games without luck or with little luck could be better suited for you. There are also many cooperative games where all players play against the board; assuming that the competition freak doesn't take over for the other players and try to control the game, it might be the answer.

There are many, many types of board games. Check out a few of the newer or more obscure ones rather than give up entirely on a worthwhile activity.

Your partner cheats. She's a baby. She's too aggressive. He whines when he doesn't get his way. He quits. She sulks. He won't shut up. She always tells me what to do. He makes fun of my mistakes. She takes forever to make her move. And so on.

If this type of behavior occurs outside of games, then games aren't your problem. But if it only occurs during games, your options depend on the following:
"I Never Win"

You're not over-competitive, but you can't stand losing every. single. time. I know the feeling and I sympathize. I could say that winning isn't everything or the point of playing games, but it's no fun to lose all the time.

You may like other games where this is not a problem. Ensure that you get to play these games, too. If you have to play the dreaded game, there are several ways of dealing with it.

You can grin and bear it, if the game is not too long and it will make everyone else happy. You can get a handicap before the game starts, if this doesn't feel too condescending (of course, losing with a handicap will feel even more humiliating). You can also try changing a rule or two in the game before it starts. This can turn the game into something that is more suited to your set of competitive skills, or simply throw your opponent off in a way that gives you a better chance of winning. Even master Chess players may find it difficult to play when the pawns blow up all the pieces around them when they die.

You can set yourself alternate goals. For instance, just because the game says that the winner is the one with the most money or points, you can keep track of your own scores from game to game. Declare yourself a winner if you beat your previous score or beat the gap between your score and your next highest opponent's.

"The Game Is Dull"

You don't mean to brag, but you never lose - yes, it's a problem. Or, you just don't find the game challenging. The game is too long, or requires "too much thinking".

Sometimes you can shorten long games by taking out a few rounds at the beginning or end or speeding up game play. If the game is too easy for you, you can start with a disadvantage or change the rules of the game before playing.

"Too much thinking" is often a key word for "I don't like this type of game"; try other games. You may not enjoy these types of games, and that's perfectly fine. For everyone like you, there is someone else complaining that some other game doesn't have enough thinking or has "too much luck". To each his, or her, own.

"I'm Bored of This Game"

You can overplay even the best games, just like a pop radio station can overplay the best songs. Take a break from the game for a week or a month or six. See how you feel. To avoid overplaying a game, don't play it several times in succession at every opportunity. Play it once and then switch to other games.

You can also try expansions or variants for games to keep them fresh. Many games have published expansions and variants; for other games, you can make your own.

Or you might just need a break from gaming. Go outside and read a book.