Not Party to Parties

I went to two parties this evening, and didn't socialize much at either one.

The first was a housewarming for a friend whose occasionally come to the game group, as have his kids. I've described them before; they play an assortment of old-world games as well as a few modern ones.

This evening while the party was going on, the kids were on the porch playing Jungle Speed. 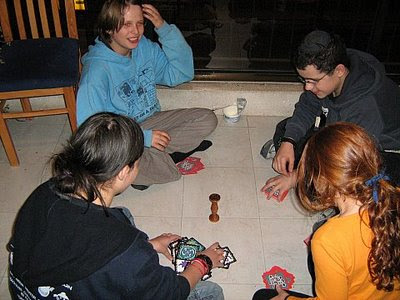 Here you see only four players. By the time we left, there were seven, and three more looking on (around half of the party). 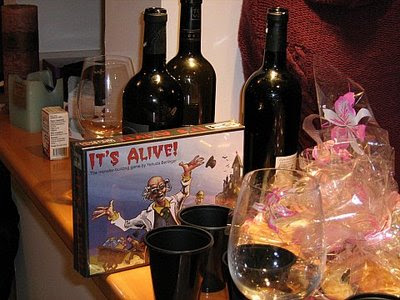 That's my game, which my host had pre-ordered from me. I brought him his copy which he placed on the counter near the wine bottles.

Out of the ten copies of my game that I had for sale, I have parted with five, and two others are spoken for. Three to go. There seems to be a consensus that a quality edition of the Menorah Game with the original theme would sell well in Israel and around the Jewish world, which is currently severely lacking in good Jewish-themed games.

The second party was a book launch for our good friend Yael Unterman. She finished a biography on Nehama Leibowitz called Nehama Leibowitz: Teacher and Bible Scholar. It's massive, full of rich information, yet accessible. It includes not only biographical material and stories from her life, but detailed information about her work, philosophy, and its influence. 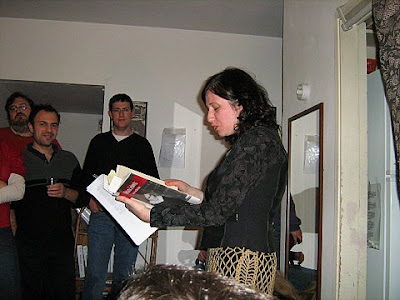 Yael is intelligent, funny, cool, pretty, and single. And she's a Settlers of Catan fanatic. ;-)