JoyStiq: Interview With Brian Reynolds About Settlers of Catan on XBox 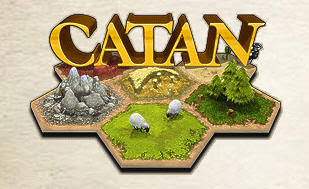 Scott Jon Siegel writes the bi-weekly column Off The Grid on Joystiq, a top video gaming blog. His column is the only one dealing with board games on a regular basis, so I really enjoy it.

This week he interviews Brian Reynolds, CEO and creative director of Big Huge Games, whose team is bringing Settlers of Catan to the XBox.

I wrote something about this several months ago when the announcement was first made, and have mostly ignored it since, although it's been all over the video game news press wires.

However, while I don't plan on getting an XBox any time soon, the fact that Microsoft is paying attention to Settlers of Catan is pretty huge. In fact, they approached Brian to bring Euro games to the XBox, not the other way around.

All of you still stuck in the Monopoly age, pay attention.

The interview includes a lot of great info and some nice pics.

Meanwhile, Critical Gamers bemoans the fact that the release appears to be delayed.

Thanks for the pointer to Off the Grid. I've created a Yahoo Pipe that filters the Joystiq feed for only Off the Grid posts: http://pipes.yahoo.com/pipes/QOsi4sDC2xGBu9g2JxOy0Q/run?_render=rss