Session Report Up, in which some people are disenchanted with some games

Yes, one of these days I will give that site a makeover, too, as well as uploading all the remaining session reports from their previous location.

It seems that every journalist who talks about board games, boring old board games, can't resist making some sort of lame pun in order to ... honestly, I don't know why.

Take this little article about cooking for a games night. The author couldn't resist labeling her dinner "Mac and 'Parcheesie'".

Many papers reported on Hasbro's upswing due to board game and toy sales, but The Motley Fool decided to go one further: "The company behind the Clue and Monopoly board games most definitely has a clue. It won't be paying its shareholders in Monopoly money, either." Ha ha, that's funny.

Not to be outdone, the Auburn Journal reports on "The 'tiles' and tribulations of Scrabble players". 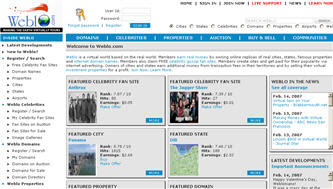 ABC news reports on weblo.com, a site that lets you buy, with real money, virtual representations of real sites. For some reason.

I don't know about you, but it seems to me that the owners of the real property might get a bit miffed about other people owing virtual representations of them, if only to protect a reputation if it is abused online. How would you feel, as the owner of the Waldorf-Astoria, if someone else owned the virtual version of it and put a Disco bar at the entrance?

The press seems to be interested in the fact that Michael Devlin, who kidnapped and repeatedly raped two boys, was into video games, board games, and Magic: the Gathering.

AP writes that "The toys, board games and fantasy card games fit the lifestyle that prosecutors say 41-year-old Michael Devlin lived for more than four years after kidnapping one of the boys." I'm not entirely sure what they mean here by "lifestyle".

Christina Aguilera is the latest celebrity to admit a fondness for board games, in the context of house parties.

Oikos Global manufactures a series of games based on teaching children emotional intelligence skills. Their marketing department really lays it on:

How much do you value and love your child? How important is your family to you? ... 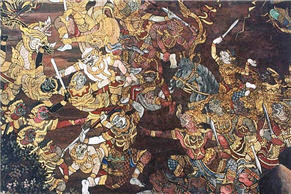 Dying to learn all about Ramayana, an ancient Sanskrit epic attributed to the poet Valmiki and an important part of the Hindu canon? Your prayers are answered.

Dr Lalita Ramakrishna, research director for Indian heritage at Tattvaloka, based in Chennai, has designed both a card game and board game aimed at teaching all about Ramayana.

The Dr. says: "I had seen a board game called Cinderella that my grandchildren enjoyed. This inspired me to make [a] Free Willy [game]." So of course, the next obvious step in this progression was Ramayana.